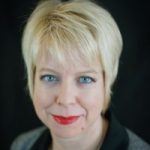 Prior to joining the UBC Faculty of Medicine in 2004, Dr. Preston was an Anesthesiologist at the Ottawa Hospital. From 2004 to 2012, Dr. Preston served as Head of the Department of Anesthesia at BC Women’s Hospital; and from 2008 to 2012 she was Senior Medical Director Acute Perinatal Program BC Women’s. She has also served as President of the Children’s and Women’s Medical Staff Association, and acting VP Medical Affairs for BC Women’s. She remains the UBC Department’s Division Head of Obstetric Anesthesia.

Dr. Preston’s research interests focus on obstetric anesthesia. She has presented nationally and internationally on topics in obstetric anesthesia, including optimal labour analgesia, the obstetric airway, surgical outcomes and patient safety. She is a part of the Canadian Airway Focus Group that produces national guidelines on airway management. Dr. Preston has served on the CJA Editorial Board for nine years, was a Royal College Examiner in Anesthesiology for five years and is currently the President of the Association of Canadian University Departments of Anesthesia. Her current main interest is in finding solutions to the anesthesiology human resource issues in the province as well as supporting international medical graduates in seeking certification in Anesthesiology. Her current research projects include a CIHR-supported study on using administrative data to follow important surgical outcomes, and a survey on nutritional preferences in labour to guide policy change.