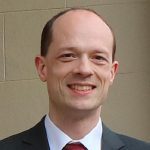 Matthias Görges received his MSc degree in Biomedical Engineering from the Hochschule für Angewandte Wissenschaften Hamburg, Germany in 2005. He obtained his PhD in Bioengineering from the University of Utah, Salt Lake City, USA in 2010. For the duration of his PhD, Matthias Görges was a graduate fellow in the Anesthesiology Bioengineering Laboratory under the supervision of Professor Dwayne Westenskow. Next, Matthias was a post-doctoral fellow in the Electrical and Computer Engineering in Medicine group, a joint research unit of the Pediatric Anesthesiology Department of BC Children’s Hospital, and the Department of Electrical and Computer Engineering of the University of British Columbia in Vancouver, Canada. His postdoctoral training was supervised by Professors Mark Ansermino and Guy Dumont. Matthias is a Scientist at the Research Institute, BC Children’s Hospital, where he co-leads the Clinical & Community Data, Analytics & Informatics group, and became an Assistant Professor (Partner) in the Department of Anesthesiology, Pharmacology & Therapeutics at UBC in April of 2016.

Matthias is a biomedical engineer with extensive clinical research experience. He collaborates with a number of the researchers in the department and undertakes research in an inter-disciplinary team of engineers, computer scientists, and health care providers, where he leads a wide range of projects focusing on the development and application of new technologies primarily in pediatric anesthesia and intensive care. His research interests are patient monitoring alarms, medical displays, decision support systems, mobile health applications, and data integration/communication platforms. Matthias’ goal is to extract clinically-useful information from vital signs and other clinical data, and to transform these data into information for better, more timely, and more efficient decision-making by clinicians.