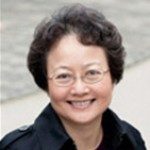 Catherine Pang graduated with BSc and PhD from the University of Manitoba. She has been Director of the B.Sc. Pharmacology program at UBC for over 20 years, and was instrumental in starting the first B.Sc. co-op program within the Faculty of Medicine in 1996. The co-op program has enabled many students to obtain research training in academic and industrial laboratories both nationally and internationally. She was awarded the 2011 UBC Killam Teaching Prize.

She has published more than 120 peer-reviewed papers and one sole-authored book. The focus of her research is in cardiovascular pharmacology. Nine Ph.D. students have graduated under her supervision, and all of them have acquired senior positions in academia or the pharmaceutical industry.